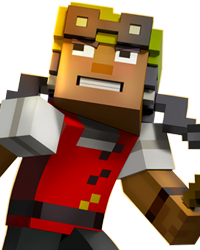 Denus1998
September 2016 in Tales from the Borderlands

I dunno,maybe,this topic was somewhere below,but Google and other ways of search gave me nothing,so...
What happened to all those scenes,which been seen in the preview to ep.2 (in the end of ep.1)?Were they deleted,remastered or am I just paid not enough attention to a "douche" role to see those ways of plot twisting?
Like H.Jack riding a buggie with Rhys or "The Purple Skag" guard shooting scene.
P.S. Yeah,driving scene looks like moonshot chase from the 2-nd episode's intro (and maybe it is a remastered version),but I'd like to know any details about it,surely,if they do exist