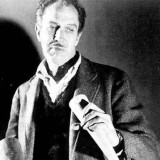 PROS
1) It hasn't been done before. At least not outside of comic books.
2) Hearing an actresses' interpretation of the character for the first time could be amazing.
3) Making Batman's ultimate archenemy a woman puts a bizarre new spin on their relationship.
4) Evil clowns are bad enough, but evil FEMALE clowns are a whole other level of wrong.
5) Unlike Catwoman, who teases and seduces Batman at the same time, Fem-Joker would just KILL him, then seduce his corpse.

CONS
1) Isn't Harley Quinn already a "female Joker?"
2) It could easily be a pointless gimmick. (See: Ghostbusters 2016)
3) Telltale could be accused of misogyny. By very strange, stupid people, granted.
4) The writers would be too tempted to make Batman & Joker fall in love. Just NO.
5) Most of the fans would probably refuse to accept this interpretation of the character.