It Wasn't Even That Bad 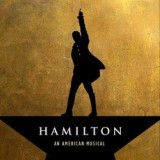 GoldenPaladin
April 2017 in Guardians of the Galaxy

I noticed that Guardians of the Galaxy came out and awesome, I purchase it and start playing. Was it an amazing experience? No, but was it something I enjoyed, yes.

First, the graphics aren't terrific, at times they come off as bland or flat. I don't really know how the comics looks but it felt awkward, but I got used to it, something that was slightly annoying but didn't stop me from enjoying the game.

Second, the humor is okay. I had fun and enjoyed some of the jokes, a few fell flat but overall I enjoyed the humor, especially Star-Lord's sarcasm. Not for everyone, but it was for me personally.

The story? It's slow in this episode, but in the first episode it usually is. The opening was pretty grand, with the major boss fight with Thanos. I thought there would be more with him, like he wouldn't be dead. Although it is temporary, it was a bit of a shocker to me and a pretty good twist. The Eternity Core or whatever it was, interesting but forgettable for right now. I did however enjoy the sequences with his mom, that was very enjoyable to me.

The music was really good in my opinion. At first it didn't have that same feeling that Tales gave me when I opened up the new episodes, but once it got to the flashback with his mom then I enjoyed it. The music from the bar was good as well but again, a tad flat.

Was the episode amazing? No, and I doubt most people would say that but it was an okay episode. The series is just starting out and I'm willing to play and enjoy it as much as I can. I would give it around a 6 or 7 out of ten, it was enjoyable and that is what I look for.