Can you guess how this series is going to end? (ep 1 spoils) 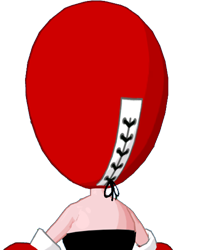 deadproxy
May 2017 in Guardians of the Galaxy

Thanos is obviously coming back to life, either from Nebula stealing his body from the Nova Corps, or stealing him from the Collector. and bum rushing the group in order to get the eternity forge from whoever is holding it in episode 3/4, and activate it in order to rebuild Thanos. Or That Kree lady will get her hands on it because an episode will end on the choice of "Do you try to stop nebula's plan, or steal the forge back from Hala" who will get her hands on it at some point because of "plot reasons." Either way, I assume some third party that was hardly even mentioned will appear after whatever choice you choose, nullifying it by saying they have the Forge/Thanos' that you failed to secure, the whole team gets bodied and then Thanos gets reborn stronger, better, and purplerer, and then the Guardians are left with the choice of working with either the Nova Corp to kill Thanos again, or work with Hala to get the Forge back while attempting to lead her away from her plan of bringing the Kree back to power. And you do this by having Star Lords mom come back, and she decides for herself to give her new life up in exchange for Kree lady's kid. Or it's much less varied, and you will do the exact same sequence with either group you ally with, which is just fighting Thanos until you can rip the Forge out of his chest, leaving him extremely weakened, and then he runs off because Thanos can't stay dead.

There's lots of blank spaces that can be filled with Telltale's bad writing and forced reasons for conflict, but I don't see how the actual plot could be much beyond that.

They fucked up by killing thanos in the first 30 minutes of the first episode. You have one of the biggest threats in, and to, the universe getting killed almost immediately in a potentially 7 hour experience, and introduce a magical mcguffin that can bring the dead back to life. The only way you could actually surprise people is if you actually leave Thanos dead, which I just don't see being a possibility.

Agree? Disagree? Alternative thoughts? Do you have high hopes for this series, or just can't kick the Telltale addiction?
Just to be clear, I only watched Nova's playthrough as I am done buying Telltale games for the foreseeable future.