After my first plathrough. [opinionated review] 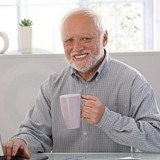 Telltale, you've done it. Telltale's Batman is officially up there with my top favorite game series. This game had me really feeling tense with each choice and the unexpected factor was just beautifully carried out. If you ask me, Telltale Games is at it's peak with Batman.

I'll admit, the release of Minecraft: Story Mode Season 2 had me question the quick release of sequels with their games. But this was just a perfect way to pick up Season 1. It proves Telltale (or at least the Batman department) is fully capable of continuing games without tarnishing the reputation of the previous installment. I wouldn't feel completely satisfied with throwing out a simple "9/10 it was really good".

Some mechanics really had me grinning my god damn face hole off. Quick Time Events have been greatly improved. Someone find me a mash sequence in The Enemy Within, maybe I missed one in my playthrough. That's also something that, upon reflecting, has me very impressed with the installment. The choices that I made in my play were evident. Crystal clear. And I enjoyed every second of the game making me reminisce. I'm aware it's only the first episode, but I will place my trust in Telltale to keep this momentum up with continuing the season. Season 1 was very persistent with the wow factor despite it's visual glitches I enjoyed that season as well.

(kept short due to only being 1/5th of the way through The Enemy Within's episodes, but I'm too impressed to not have written this)