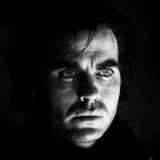 PhilipTheGovernor
November 2017 in Game Of Thrones

For the gamers that actually use Spotify on their Playstation 4 / PC, I have actually created an alternate music score playlist to feet the Game of Thrones Telltale series.

I usually liked so much original score done by Jared Emerson-Johnson for The Walking Dead franchise and Wolf Among Us, these are amazing scores.

But in my humble opinion his score for Game of Thrones is just boring and miss epic themes and orchestration.
So since Telltale allow the gamer to remove music track only in the options, I've managed to create this Spotify playlist, and damn the game was to a totaly different epic level!

If anyone is interested to play the game again with a this "new score", this is the link: https://open.spotify.com/user/cheefbrody/playlist/7x4bKQCgPHV5Fi5vpHF4xf