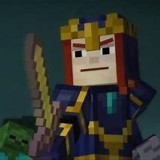 So, excited about this! Let me know your thoughts.