You think John is able to stay 'good' in episode 5? 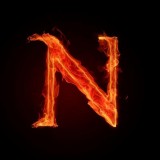 Or is he going to change to Joker anyway?