How did you end things with Waller? 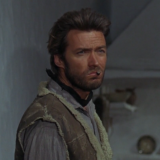 I'm curious to find out how most people ended things with Waller in Episode 5. I didn't trust Waller from the start, and during the ambulance scene in my vigilante playthrough I told her that it was her that escalated things on the bridge, and that she is the one to blame. However, I like that even in the vigilante path she can leave Gotham as more or less an ally, if you tell her that you won't judge her for her actions.

What is your opinion on Waller and how did you end things with her in the finale?