In my opinion, it's Telltale's best. 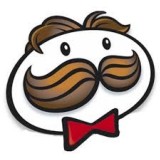 Hi. You guys probably know me around here, It's been two weeks since this ended, but yet I cannot get over how utterly amazing this entire season was. First off, I'd like to say that Batman Season 1 was a good game. Not amazing, but good. Batman: The Enemy Within, however, is in my opinion, a far superior example of Telltale's writing skills. This even beats The Walking Dead Season 1, yes, I went there. For the first time since the finale of Game of Thrones, I felt connected to the characters in the game. I immediately took a liking to Waller's efficient methods, and was quick to sign on with her. John, immediately earned my friendship, and mind you, was in my opinion a MUCH better character in this season than last. The end of episode 4 tore me in two different directions, to side with one of the two characters I'd been with the entire game: John or Waller. After literally 10 minutes of contemplating in my mind, (I even checked Steam to see if Fallout 4 was done downloading, because I truly couldn't cope with betraying one of my two favorites." In the end, I chose to side with John due to us having been looked up to by him, while deep down, as much as I hated to admit it, Waller blackmailed and used us. Now, with all this in mind, I'd like to talk about my favorite thing about this season. The Finale. Now, it's hard for me to get hyped for Telltale finales because in my opinion, they all felt rushed and lacked enough closure, not to mention them usually being extremely short. Telltale already piqued my interest at the prospect of this episode due to the fact that it had two entirely different stories so I knew that I'd still be playing more afterwards. Now, in my opinion, Vigilante Joker was a MUCH more interesting story than Villain. (Although Villain was amazing, I just prefer Vigilante is all) I loved the interactions with John, the Pact being brought back, and the conflict with Waller. My only disappointment was the fact that John had to fight Batman regardless of if you agreed with him. Although, I was able to live with it after the scene with Bruce visiting Arkham at the end. Both episodes, Villain and Vigilante, were the most compelling finale's telltale has made in my opinion. For the very first time, I didn't end a Telltale game with the words "that's it?" in my head. (I felt this way after playing the first season) Back to the original point, I felt that apart from a few nitpicks, Batman: The Enemy Within was executed flawlessly. I think Telltale was right to not label this "Season 2" as it brings a lot more to the table than just a sequel. So what was your guy's opinion on the final episode? Do you agree that it's Telltale's best?