We Should Save Harley Quinn From Waller. (Vigilante) 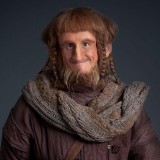 Dammit I can't be the only one that feels a little bit regretful with betraying her. How things turned out for Harley, is simply not right. Waller is using Harley as a slave for her dirty works, for her murders while she is on borrowed time before her mental illness starts to kick in like it did to her father (He eventually committed suicide by his illness).The will to live does not justify murder, nothing does, however it makes it understandable in a sad way. I mean to go through all of this alone must be demanding and challenging. She did not have someone like Alfred next to her. I think inside of her, there is a good,old part sealed away or not allowed to be revealed by the world around her because she needs to be what she is now in order to survive(Aka being a freacking murderes badass). So! If we where to find her a cure we would take away the one thing that drives her, that makes her bad and commit crimes right? She is relentless on her quest to find her cure so imagine the void that needs to be filled when we take that away? Then again she did murder alot....but so did my bro John....and....Tiffany... Ghaaa this is deeper then Dark Souls Loreeeee. Ughh so many shades of grey....... my mind needs a reboot.........and Irish Coffee....with pancakes.

Does anyone feel the same? That saving her is right thing to do? I'd like to believe Harley has her humanity left within like Bruce has his evil within. Acknowledging that proves Bruce is not full of himself like Waller says he is.