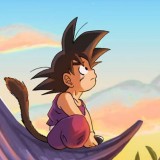 If you’re European, in a couple of weeks you will be denied any and all access to fandom contents on Tumblr and everywhere else on the internet. Here’s why.
On June, 20th the JURI of European Parliament approved of the articles 11 and 13 of the new Copyright Law. These articles are also known as the “Link Tax” and the “Censorship Machines” articles.

Articles 13 in particular forces every internet platform to filter all the contents we upload online, ending once and for all the fandom culture. Which means you won’t be able to upload any type of fandom works like fan arts, fan fictions, gif sets from your favourite films and series, edits, because it’s all copyrighted material. And you won’t also be able to share, enjoy or download other’s contents, because the use of links will be completely restricted.
But not everything’s lost yet. There’s another round of voting scheduled for the early days of July. What you can do now to save our internet, is to share these informations with all of your family members and friends, and to ask to your MEP (the members of the European Parliament from your country) to vote NO at the next round, to vote against articles 11 and 13.

Here you can find more news and all the details to contact your MEP:

We have just a couple of weeks to stop this complete madness [not only until July 5th of this being posted], don’t let them dictate the way we enjoy our internet.