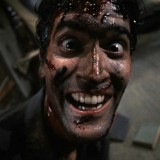 I was on social media weeks ago, and I saw Sam Neil , backing up in the picture I don’t book like the raptor was about to pounce on him, it could be possible that he might come back just like how Ian Malcolm was a returning character, I also hope Dr. Sadler also comes back to,2021 has already been confirmed about the third and final Jurassic film.

I am so exited, and can’t wait for the final film and I hope they bring back the Spinosaurus... I mean I can understand about the T Rex fans are going out pretty much disagree on this but who cares emphasize on my huge T. Rex plan as well.

What do you guys think about Alan Grant returning in the third and final Jurassic World film ?

Actually know in the comments below .