What if both Rodrik and Asher had survived the end of Episode 5? 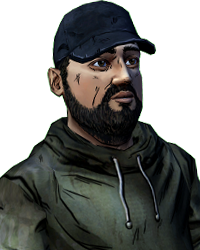 ByzantineLover
September 2018 in Game Of Thrones

If, by some chance, both Forrester brothers managed to get under the portcullis in time, without one having to sacrifice themselves, would the Whitehill siege of Ironrath have gone more the way it did in the Asher storyline or the Rodrik storyline? Rodrik was Lord of Ironrath, but the sellswords had pledged their loyalty to Asher.

Would Gwyn have still tried to talk her father into a marriage alliance with Asher? And would Ludd have even listened? Personally, I think the fat pig would have been too angry to listen.

If things still went as they did in the Rodrik storyline, I could see Rodrik going after Ludd and Asher going to save Ryon and/or kill Gryff, or vice versa.

But, even without that, who would have the better chance of surviving?