My Message to the Telltale Community! 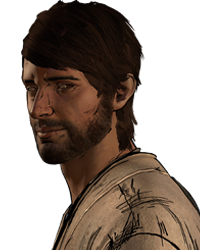 So, the last time I have been active on here was December 2017, so it's definitely been a while. I've been a member here since July 2016 and while that's not a lot, and I wasn't the most frequent poster here, I really enjoyed the short, albeit fun time I've had here with all of you. I don't believe I've ever seen such a great, friendly and connected community on the internet before and I'm glad I could be a part of it.

I'm sure a lot of you, just like me, are devasted by the recent news about Telltale Games shutting down. I found out right after completing Episode One of The Walking Dead The Final Season for the first time, just today (Saturday through Sunday night). I was absolutely shocked. Telltale Games, especially their The Walking Dead series, is a big part of me, and has been for close to 6 years now. I have never been so emotionally attached to a game's story and it's characters before discovering The Walking Dead. Now it's being taken away from me, from us. It feels as if someone took a part of me, and frankly, it's exactly what happened. I can't help but feel a little empty.

Going back to The Final Season, Episode 1 was amazing. It exceeded my expectations by a lot, the quality of the game is just incredible. The new over-the-shoulder sequences add a lot to the immersiveness of the game. The combat system is really fun and satisfying. The characters are greatly written and so is the dialogue. Same goes for the story. It seems like there's a lot more choices to make than before. The graphics, while keeping the comic book feel, are a lot more prettier. The game just feels more interactive and immersive. And, something I've been hoping for, it's got a bit more creepy vibes, like meeting Abel (REALLY tense moment lol) and the whole basement sequence. It seems like "creepy" would be even more prominent later on with the introduction of The Whisperers from the comics. Lilly returning is another plotpoint that was for sure gonna keep things interesting. All in all, this was going to be one hell of a season.

Going to be. As we all know, The Final Season is cancelled. Episode 2 is coming out in 3 days and that's it. No conclusion to Clem's story at all, which is heartbreaking and just makes this whole situation so much worse. Telltale Games shutting down is sad enough, but shutting down without giving a conclusion to what is undoubtedly it's biggest series, the series that holds a special place in my heart, is what makes me so sad. The thing is that they WOULD bounce back to greatness with The Final Season. It's just that they've made too much bad decisions in the past and now it's too late. I'm crossing my fingers for all the talented employees at Telltale Games to find a good job, now that they've been let go.

So, this is it! Now, we just wait until the forums are shut down, and who knows when that'll be. It feels like watching a giant meteorite come at us, wondering when it'll hit, haha. Sorry for such a long, sappy post, but I just wanted to vent a little bit and, well, say goodbye! Might've been a little overdramatic, but Telltale's The Walking Dead means a lot to me, and watching this community go is pretty sad aswell. Anyway, I'll stick around till the end with you guys and see how it goes!

Best Regards to everyone here!