The most socially impactful videogames of all time

From Pac-Man to Fortnite, We look into the most socially impactful videogames of all time.
You see lists similar to these crop up all the time. “Top 10 most influential games”, “Top 50 greatest games of all time”. Each list different from the last, driven by the personal preferences of the writer and written from an angle of how important that game was within its specific genre, medium or decade. But what about the games that transcended the videogame circle, which not only had an impact on the gaming world but also bled into the mainstream. Today we look at the most socially impactful videogames of all time.

Note: this list is ordered by date of release. 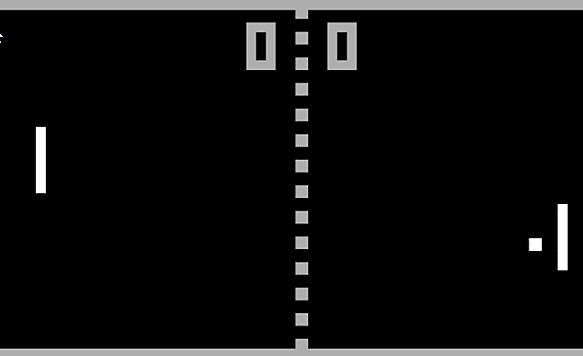 Pong (1972)
The game that started this whole crazy love affair with our virtual entertainment. Created in 1972 by Al Alcorn as a training exercise from Atari co-founder Nolan Bushnall. It became the first ever commercially successful videogame and was the catalyst for the start of the videogame industry. Following its Arcade cabinet release, Pong would frequently make 4 times more revenue compared to other coin-operated machines. After the game was officially ported to home consoles in 1975 to great success, other companies like Magnavox, Coleco and even Nintendo (with their first console, the Color TV) decided to cash in on the frenzy and the term “Pong Clone” was born. The game has since been referenced in numerous TV shows including Saturday Night Live and That 70’s Show. It’s hard to think of where the videogame industry would be today without the success of Pong. 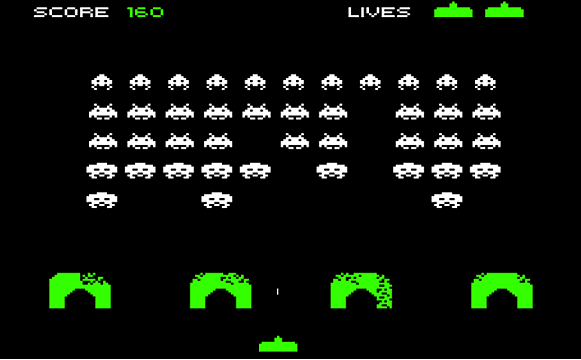 Space Invaders (1978)
After the release of Pong in 1972 nothing really captured the hearts and minds of the general public quite like Space Invaders. Created in 1978 by Taito, it quickly rose to prominence in the arcades. Japan even opened specialist arcades with nothing but Space Invader cabinets. By the end of 1978 (the game only released in June that year) Taito had sold more than 100,000 cabinets and made over $600 million in Japan alone. When the game was finally ported to home consoles with the Atari 2600 it quadrupled the system’s sales and by the end of 1982 Space Invaders had become the best-selling videogame and the highest grossing entertainment product of all time. Its social impact was so vast that an urban legend in Japan stated that its popularity led to a shortage of 100 yen coins. 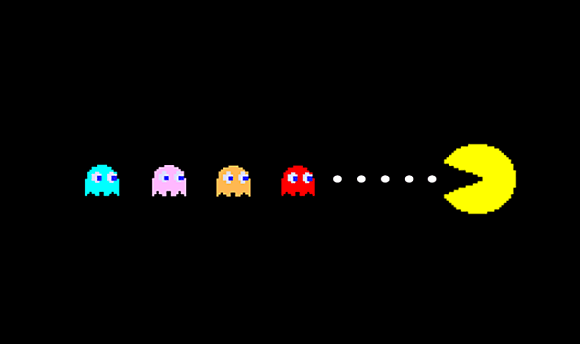 Pac-Man (1980)
Widely regarded by many to be an icon of 1980’s pop culture, Pac-Man first hit the arcades in May 1980. During that time the market became flooded with games trying to emulate the success of Space Invaders and Pong by rehashing old genres, what Pac-Man did was create a whole new genre of its own. This was not the only first for our yellow friend. The game is also widely credited with being the first original gaming mascot, the first game to use power-up and the first to use cut-scenes. The character has appeared in more than 30 officially licenced games as well as numerous bootlegs, had his own TV show, a top 10 chart song and created a whole secondary market with it toy and accessory ranges (EVERY kid had a Pac-Man lunch box in school). With the franchise being one of the highest-grossing videogames of all time, it’s hard to argue against the impact our ghost eating protagonist has had on gaming culture. 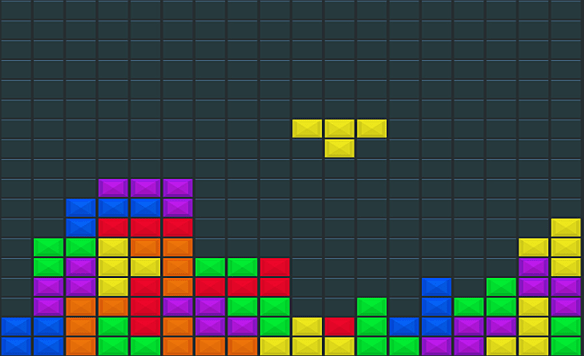 Tetris (1984)
Originally created in 1984 by Russian game designer Alexey Pajitnov as a way to test the processing power of a new piece of hardware. It wasn’t until 1987 when the game was brought over to the west that it really became popular. Marred by a lack of knowledge of who actually owned the rights to the game, numerous versions where created by many of the top gaming developers at the time and has subsequently appeared on every console, PC and mobile phone to date. The pinnacle of its popularity arriving when a copy was boxed with every Game Boy. Henk Rodgers who brokered the deal with Nintendo stated; “Tetris made Game Boy and Game Boy made Tetris.” The game has since been used for academic and scientific studies looking by academic writing service at its positive cognitive effects on post-traumatic stress victims. 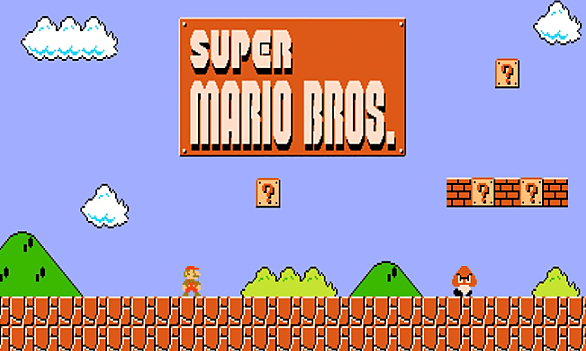 Super Mario Bros. (1985)
Having sold more than 40 million physical units world-wide as well as being cited as one of the leading factors in the revival of the videogame industry, it’s hard to argue against it having a spot on this list. Super Mario Bros. was the starting point of the Mario craze around the world and went on to spawn its own TV series and a live-action movie (the less said about that one). In fact, his unrivalled success led Sega to create Sonic the Hedgehog as a way to try and emulate the Mario trend. He was so popular that a study conducted in 1990 concluded that more American families where familiar with Mario than they were with Mickey Mouse. Not only did Super Mario Bros. help with the recovery of the industry but also cemented Mario as a cultural Icon, even to this day. 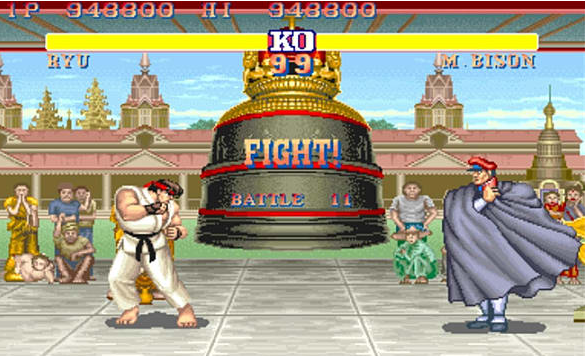 Street Fighter II (1991)
Down, Down-Forward, Forward, Punch. It’s hard to forget something that years of muscle memory has lodged into your brain (that’s the combo for Hadouken for the uninitiated) the game had such a big impact on me personally that I never knew how much of an impact it had on the rest of society until much later in life. By 1994 the game had been played by more than 25 million people in just the United States alone and was Capcom’s bestselling game all the way up to 2013. The game set a renaissance in the arcade industry, a level of popularity that hadn’t been seen since Pac-Man as droves of eager gamers flooded the arcades. The game has been referenced by many rap artists including Nicki Minaj and Lupe Fiasco and even has a rock band named after the aforementioned combo. 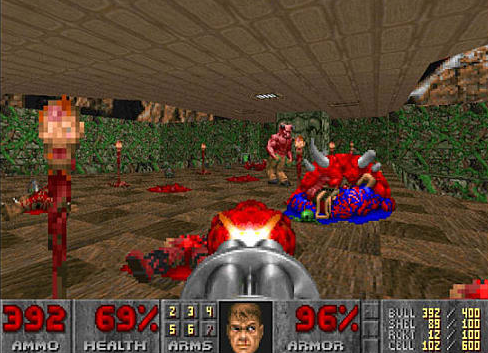 Doom (1993)
Seen as the pioneer of the first-person shooter genre, Doom is widely considered to be one of the most influential videogames of all time. Originally released on MS-DOS, the game was played by an estimated 20 million players within 2 years of its release and went on to spawn numerous expansions and sequels. It supplanted the first person shooter as one of the most popular gaming genres (Call of Duty still sells millions each year). Doom was also one of the first games to be globally criticized by certain groups and media outlets for its excessive violence and satanic imagery and was infamously called a “mass murder simulator” by critic David Grossman. Unfortunately Doom had a negative social impact in the US as the games release coincided with a series of horrific mass shootings for which Doom was blamed as a cause. 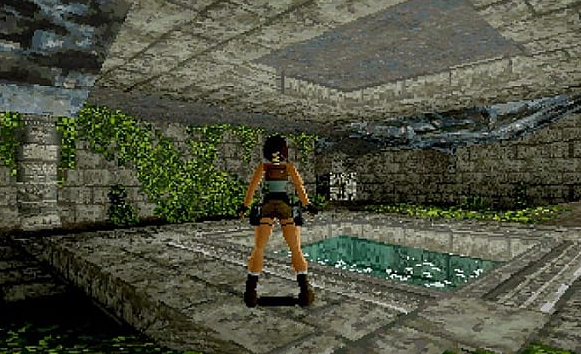 Tomb Raider (1996)
Developed during the dawn of the 3D era by Core Design and published by Eidos, Tomb Raider became an instant success selling 7 million copies and is considered by many as the template for 3D action adventure games that followed. The game was also considered revolutionary for its use of a female heroine serving as the games protagonist, breaking away from the male-centric heroes seen before. Another huge factor to the games success was its aggressive marketing campaign, Lara Croft was EVERYWHERE. She appeared in magazines (even none video-game related), comic books and 2 blockbuster movies, even large corporations such as Lucozade wanted her as their spokeswoman. Her success was so impactful that 11 years later the Uncharted series was created from the foundations laid by this franchise. The unrivalled success of the franchise and the character of Lara herself, has gone a long way to making her a cultural icon of British society through the 90’s and 2000’s. 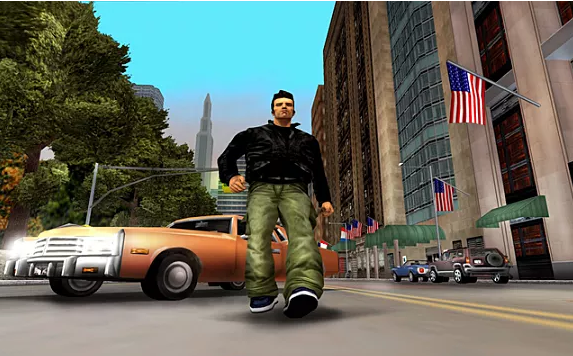 Grand Theft Auto III (2001)
Sometimes videogames can have a negative social impact and unfortunately that is what happened with GTA III. Despite receiving critical acclaim for defining the third-person open world genre and selling over 14.5 million copies since its release it was met with controversy from some vocal groups and media outlets who criticized its use of violence and sexual content. GameSpy stated that GTA III was the most offensive game of the year and called it “Absolutely reprehensible”. On June 2003, William and Josh Buckner shot and killed Aaron Hamel and Kimberly Bede claiming that their actions were inspired by Grand Theft Auto III. In response, the families of Hamel and Bede filed a $246 million lawsuit against Rockstar Games. This global controversy was the start of a long battle between the industry and the mass media about violence in videogames, a battle that’s still going today. 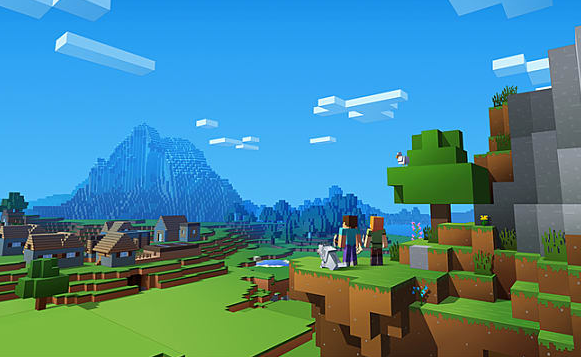 Minecraft (2011)
I don’t think anyone, not even Majong, could have anticipated the impact Minecraft had on the world. Beginning development in 2009 as a passion project by just one man, it wasn’t until 2011, when the game was officially released that the world started to take notice. The game had over 1 million purchases less than a month after release and it wasn’t long before YouTube was flooded with videos of people’s latest creations and walkthroughs. By 2012 over 4 million Minecraft related videos had been uploaded to the site. The game has subsequently been ported to all platforms including mobile and even VR. By 2014 Minecraft had reached 100 million registered users and as of 2018 had sold over 144 million copies on all platforms, making it the second best-selling videogame of all time. 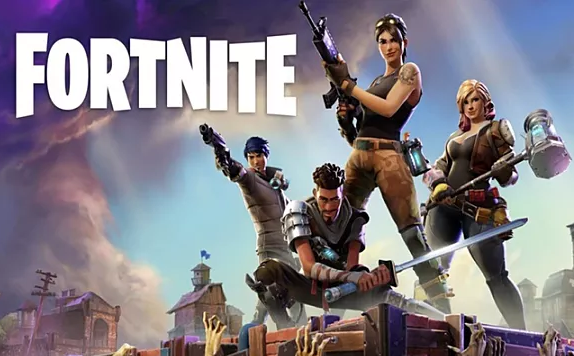 Fortnite (2017)
“Cultural Phenomenon” are not a phrase that is thrown around lightly but that’s exactly what people are saying about Fortnite. Since its release in 2017 the battle royale mode has drawn in nearly 125 million players and has earned Epic Games hundreds of millions of dollars each month (the game is still in early access!). Just like Pong some 40 year prior, numerous studios have created their own battle royale games to keep up with the trend (I guess some things never change). Fortnite seems to be in every facet of our culture, streamers like Ninja have earned millions and playing with celebrities such as Drake and Travis Scott has allowed Fortnite to brake the Twitch viewership record on numerous occasions. World class footballer Antoine Griezmann has even adopted a Fortnite dance emote as his goal celebration. It’s still unclear how long this “phenomenon” will be so prevalent in our society but there is no doubt of the impact that Fortnite is having on shaping the future of gaming.
It’s clear the videogame industry has come a long way in such a short time. It’s gone from being a niche pastime to a billion dollar industry that spans the globe, but it wasn’t easy. We’ve had trials and tribulations, people outright rejecting the medium or questioning its influence on the younger generation. Despite the rapid growth we still haven’t quite been fully accepted into the mainstream but we’re closer than we have ever been before. Building on the foundations set by the revolutionary games listed above, who’ve dragged our crazy, weird and amazing medium away from the shadows and showed us off to the wider world. The future is looking as bright as ever.