I'm thankful for MCSM and here's why 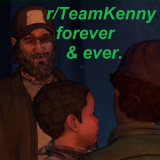 In the Telltale community it's been trendy to hate on MCSM, but I really enjoyed the series and I'm glad that it happened. I don't love it as much as I love TWD, GoT, or Batman, but it definitely doesn't deserve the hate that it receives.

First off, MCSM gave me an opportunity to get my young child into both Telltale and Minecraft. We now play Minecraft together all of the time as a result of getting into MCSM. We also bought the Telltale character skins and go on adventures playing as members of the Order of the Stone. We're both looking forward to playing other Telltale games together when he is older.

Second of all, s1 of Minecraft was basically the only Telltale game besides TWD s1 that made a profit. Do you like Batman: The Enemy Within or The Walking Dead Final Season? Chances are you should be thanking MCSM for those titles because without it, Telltale would likely have closed a lot sooner.

Last of all, being such a simple game gave it opportunities to change up the Telltale gameplay mechanics a bit. Player characters and NPC's are customizable with various armors and appearances, both seasons introduced a more dynamic combat system than any Telltale game before it, and a lot of the choices change dialogue and even which characters are with you during the adventure. The environments and soundtrack are solid as well.

I'm not in the Minecraft age demographic but I enjoy this game regardless. I appreciate it for what it is: a fun, creative Telltale title aimed at a younger audience. It provided me many fun memories with my child and helped Telltale as a company, so I consider that a success. If any ex-devs are somehow reading this, thanks for your hard work and for the good times!