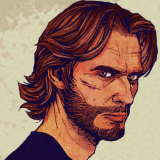 The_Bat_Among_Us
December 2019 in The Wolf Among Us

The last time the staff was asking around for WAU2 material, and to avoid legal issues, they asked What would you "Add" to WAU "1".

So I made this thread for those that want to throw around ideas of what they wish to see/ wish they had seen in the game.