Telltale's Most Popular Character: Season Two – "The Qualification Round" 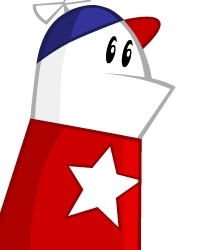 Hi guys! I'm here to start the Telltale's "MPC" competition - Season Two. This season has some differences with the previous one. First, the "Batman" supporting characters are included in this competition. Second, these characters will not be included in this season and they are preparing for Season 3 (probably the final season):
Clementine, Lee, Bigby, Batman, Rhys, Fiona, Javi and GoT & MCSM characters

In this season, we have supporting characters of
"The Walking Dead" Series
"The Wolf Among Us"
"Tales from the Borderlands"
and "Batman Series"

And in the Season 3 (that will start after TWAU Season 2), we will have all the "Game of Thrones", "Minecraft: Story Mode" [and Maybe some "Sam & Max"] characters, too.

Update: Voting is over and you can see the results by checking this link:

Thank you for voting 🙏