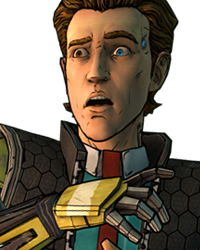 Told by the John voice actor:

In episode 2 when Willy would attack Bruce. John would get mad and cut his name in Willy's head with a knive.

Anthony recorded the voice lines for that scene, but they scrapped it because they found it too dark for only episode 2.