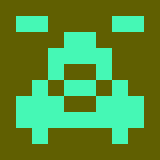 How you do this is: Put their name,age,Backstory,what season and episode will they be introduced in and how they meet the group. and also includes somes facts about them