Hi, Question about The Bogey Man 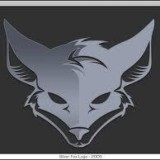 Butterscotch-Biros
January 2010 edited February 2010 in Wallace & Gromit
Just finished off the whole series of W&G, and have to say it's a fantastic admirable achievement.

But I have a question about the Bogey Man in the last scene, Wallace is with Gromit and says:

"I could murder a cuppa"

He leaves Gromit, then starts talking about cheese.


I'm confused, what is this about. I thought at first it was that he had gone to get some tea from that tea contraption, but Wallace went right instead of left where the tea contraption was. Can someone please explain this scene to me?