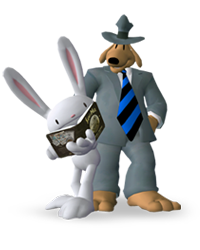 Mike Haley
January 2007 edited July 2008 in Telltale Texas Hold'em
I don't think anyone else has posted this here, so I'll be the first. Below, I've listed the various card designs found in Telltale Texas Hold'em, and the number of wins necessary to unlock them. A few of them were a little hard to make out, so I left a question mark next to them. If I'm missing anything, let me know.

PS. I'm the one that posted about the two Dank card designs (and other unlockables) on the Dank - 19th Edition comments page. I realized that this would be better suited for the Telltale Texas Hold'em forum.