Any news for an xbox release? 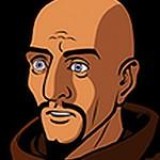 zmally
April 2012 edited April 2012 in Tales of Monkey Island
Just wondering if anything's been said about releasing this game for the xbox? I know about a year ago it was announced TTG had started a deal with Microsoft (?) for releasing xbla games, but I haven't heard anything since