OMAHA RULES - For when you lost and you should have won 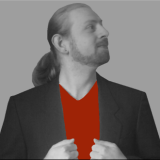 Darth Marsden
June 2013 edited June 2013 in Poker Night at the Inventory / Poker Night 2
If you lost a hand and you swear you should have won, then chances are you're actually playing by Omaha rules, which are a little different than standard Poker.

This has actually caused a lot of confusion, so before you post a new thread complaining about how the game is broken, please read this, because I'm going to explain how Omaha rules work.

When playing by Omaha rules, you'll be given four cards.

Now when you're playing, the game takes three cards from the table and two from your hand. This means you have to use TWO of the four cards in your hand. The game does this automatically, using your two best cards to form whatever play it can.

The game will use TWO cards from your hand, and THREE cards from the table.
It will not use all four cards in your hand.

As you can see here, only two of the four cards in the player's hand were used.

In this case, the player won (much to Brock's frustration)...

...but here, sadly, the player did not, as he needed two hearts in his hand, which he did not have.

Some might call this broken or cheating - IT IS NOT. This is simply how Omaha Poker works. The game ALWAYS takes two cards from your hand and three cards from the table - no more, no less.

Hopefully this helps to explain away some of the problems people have been having with the game, and to help you understand why a hand you thought would win actually didn't.