Sam & Max Season One games have been updated 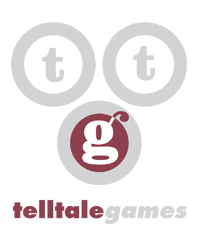 A few minutes ago, we did a huge update to all of our Season One downloads. It's been a long time coming, and if you were me you'd understand what a momentous day this is, but since you're not me, you'll just have to take my word for it. What this means to you is...

Downloading and unlocking your games is a lot easier!

If you're playing Season Two, you probably noticed that we're using a new unlock system. We like it so much (and we've received so much great feedback about it) that we've migrated Season One to this new system.* So, anyone who has bought Season One games can now download them directly from your My Telltale account – no special download links required! – and unlock them using either your Telltale log-in info or a serial number. (If you didn't have a My Telltale account before, one has been set up for you, and we sent you an email with your temporary password.)[readmore]

All the Season One games now use the newest version of our game engine!

Best case scenario, you won't even notice this, but if you've ever had performance problems with the Season One episodes, you should check out the new ones to see if those problems have been resolved. (Note that Season One has NOT been updated to support widescreen resolutions. That's a bigger task than just updating the engine, and not something we're planning to do. Sorry, widescreen users.)

Season One is now fully Vista-compatible!

Until today, the downloadable version of Culture Shock didn't work on Vista, which was a real pain in the arse for Vista users trying to get into the series. Now that problem is gone, and balance has been restored to the universe. Woo.

If you haven't bought Season One yet, you can access the new versions in our online store, or just grab a demo from the Sam & Max section of the site.

Before you rush off to download these beauties, we do have a few caveats. Saves from the old versions won't work with the new ones, so if you're in the middle of an episode, you might want to hold off on updating until you finish it. Also, if you are playing from the DVD and it's working well for you, you don't need to bother upgrading unless you really want to. These updates are most significant for people playing the download versions.

If you have any problems redownloading your games or accessing your account, don't hesitate to email us. We live to serve.

*We're also going to be updating the Bone games and Telltale Texas Hold'em in the very near future, so that's something to look forward to.