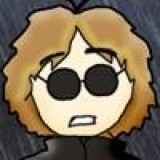 LuigiHann
May 2008 edited May 2008 in Strong Bad's Cool Game for Attractive People
Any chance of you guys setting up a site that is viewable on the Wii Internet Channel? The current SBCG4AP site doesn't seem to load properly there. Also, is the Strong Bad trailer eventually going to be on the "Nintendo Channel"?