Why all the hate? 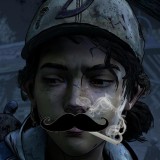 Seriously, JP The Game must be the most hated Telltale Game ever

And I just don't get it.

Maybe I can't see this in a neutral way, cause I'm a hardcore JP fan, but I actually enjoyed the game very much

The story is great and made me want more, the characters are believable and the Raptors and Rexie are badass as hell and have their original sounds

I also don't see any difference in gameplay to TWD

Ok, your choices don't matter and You don't get to walk around freely, but the rest is good with me

So, were is all this evil hate coming from, because I don't think it sucked that much?

I wouldn't call it a great game, but it's medicore, not totally bad