Q&A With the Team 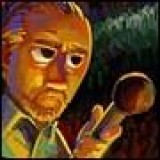 Jake Telltale Alumni
June 2009 edited July 2009 in Private Pirates Club
Welcome to the secret forum! As a thank you for pre-ordering, we've created this little backstage area where you can hang out with the development team, keep an eye on the development of Tales of Monkey Island, and hopefully get your hands on things before we go wide with them to the public.

First off, though, let's start a Q&A thread!

Any questions you've got for the development team, ask 'em here!
We'll try to dogpile this thread with high quality facts and higher quality lies conversation!
«1234567…38»