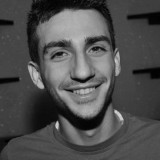 Don't know if this has been discussed already, tried to do a search on the forums but didn't come up with anything..so i'll ask

Is there any chance that this episodes will be coming to the PSN?
And if not, may i know why?