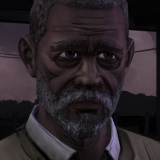 It's back. This is a continuation of my former fan fics Forum Users Among The Walking Dead Seasons One and Two. This will be a bit different. Season Two continued upon Season One, but Season Three will start from Season One. I know that doesn't make sense but you'll see, or it doesn't really matter anyway.

If you have already created a character then sadly you cannot create a new one. Sorry