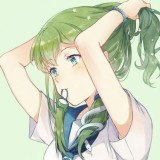 JordaaNPopee
April 2016 edited April 2016 in Tales from the Borderlands

This Maybe long but sorry all websites I tried where rubbish or you had to pay. So you can just answer how you like

answer all or 1 if you choose!

I just wanted to ask some questions, I know alot are common but yeah....

1. What was your first Borderlands Game

Tales from the Borderlands

Selling out - CATCH A RIDE

Confessing crush for another

The Rapture - Pieces of the people we love (3)

19. When you started playing what episode where they up too?