An important death in Season six of the GOT 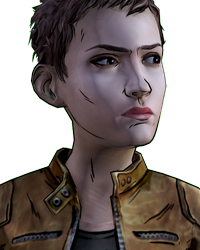 The Boltons... gruesome and grisly... but so well deserved!

Okay, so this is a completely half-baked theory... but what if season two starts after the death of Ramsey? That would mean a complete realignment of the houses. We'd have allies again. I mean, think about all those people who would be angry against a house that helped the Frey's during the Red Wedding. We could take out the Whitehills so much more easily!