What are your favourite games of 2021? 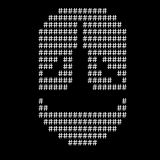 The Game Awards are over and the end of the year is near so it seems like an appropriate time to name the best games we've played this year. They don't necessarily have to be games that released this year, they can be "older" games that you just only got around to playing and really enjoyed.

Here's my list in no particular order, along with some honourable mentions.

Enderal: The Forgotten Stories
The fact that this is a free mod for Skyrim astounds me because the writing in this game is absolutely incredible and far surpasses Bethesda's own efforts with a wonderfully dark and tragic, yet hopeful world and narrative littered with memorable characters; and an ending that I won't soon forget. There's even some really top tier voice acting that could challenge a AAA game, along with some admittedly painfully amateurish ones mixed in. My biggest complaint would be that it's way too fuckin' hard to the point I had to set it to the lowest difficulty setting so that I wasn't dying as often. Also magic in this game is completely broken lol.

Little Nightmares 2
A worthy sequel to the original game that builds and improves on what was previously established with some truly terrifying enemies that I hope never get brought back again because they freak me out, and some of the creepiest and atmospheric levels I've experienced in gaming. Not to mention a pretty jaw dropping ending. I know Tarsier Studio has said that they're done with Little Nightmares, but I'd love to see another game in the series. Maybe a full 3D platformer reminiscent of something like the Toy Story game. Something that'll really make you feel small. Worst thing I can say is that the melee combat can a bit frustrating due to the amount of precision you need to have in order to damage/kill an enemy.

Resident Evil: Village
A really fun action oriented horror game that had me both cheering and laughing at the absurdity of certain events, as well as absolutely fucking shitting my goddamn pants at others. Especially that one level, you know the one. I do wish there were a bit more scares like RE7, but at the same time I don't think my poor heart could have taken it so maybe this was for the best. Ethan is much more of a developed character in this. I love his exasperated reactions to everything that's going on in the game and the efforts he's willing to go to in order to save his family, and despite his lack of a face, he's already up there as one of the best RE protags in my opinion. Also his cheesy one liners. Can't forget those.

Life is Strange: True Colors
Definitely was not expecting to love this as much as I did. The story and characters aren't groundbreaking by any means, but what's there is very well done. What Deck Nine did with this game feels like what Dontnod were trying to accomplish but failed to achieve with the original Life is Strange. It honestly feels like a soft reboot of the series with the story revisiting some familiar plot points and character archetypes in ways that actually work. Most of the cast are fully realised and really likeable, and the town of Haven Springs feels homely and lived in. Alex Chen is a fantastically written and voiced protagonist with a really creative power that gets used in ways I never would have thought or expected. In terms of criticism I'd say that the ending does feel a bit too clean, and there are moments especially towards the end that does stretch some of the games believability.

It Takes Two
A co-op game flooded with creativity, giving me some of the most fun I've had playing a video game in a long time. The gameplay constantly changes, never focusing on one idea for too long. One minute you and your partner have to progress a level by completing a series of puzzles, and the next you're fighting a squirrel dressed in full commando gear, Street Fighter style on top of a biplane piloted by your partner who has to fly through an obstacle course. Shit's wild. Narrative-wise it's not exactly groundbreaking, though it does have its moments here and there. I'm also not too big a fan of the ending. I feel like they could have taken a more mature route to it. Aside from that though, fantastic game overall. Definitely worthy of a GOTY status.

Marvel's Guardians of the Galaxy
A really fun, goofy, yet surprisingly emotional narrative with a ton of heart. The Guardians start off fairly similar to their MCU counterparts, but as you connect with the crew and progress through the story, the differences begin to show, allowing these misfits to really stand on their own, and at points outshine the movies. The voice acting in the game is also pretty damn good, though there is some awkward delivery here and there, however rare that is. Funnily enough, the game kind of feels like a reboot of the Telltale Guardians game at times, with the current one sharing some similar plot points particularly with the antagonist, but done much better. The combat is also pretty fun, with the way Peter maneuvers around enemy attacks and the ability to command the gang. However it does feel a bit repetitive at times and some of the enemies do have that bullet spongey feel to them.