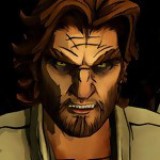 Colby Wright, a 27-year-old man, was just another person living at Howe's, with the group whom he had arrived with two weeks earlier. He never liked the place, despised everyone, labeling them as selfish idiots. When Howe's is overrun by a herd of walkers, he escapes with his group. Now once again on the wilderness, they depart on a new mission - to find refuge in Nebraska. But the task will not be made easy with the hardships awaiting them in their travels.

This is an interactive story, that will sometimes feature choices that are up to the readers to make. The story will be built around the characters you submit. There is no limit to how many characters you can submit so submit away! There will be five episodes, each one varying in the number of chapters, and if this story appears to be successful and well-received, I might carry onto a Season Two. Thanks a lot for reading!

WARNING: The character statuses below may contain spoilers. Beware!