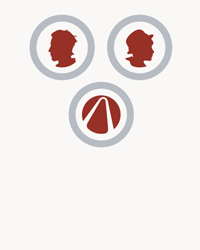 tothclean
September 2016 in Tales from the Borderlands

Because that would be cathartic... at least by my side.
I really loved and enjoyed every second of the game, that is why I completed it 19 times. It's THE perfect game experience for me.
I know it wasn't a long time since the 1st season came out, but the fans and I really want to know about an upcoming Season 2, if it is plausible.
The characters, the story, the dialogues, the concept, the music, the graphics and everything's are too cool to not be continued.

Telltale showed us a lot of times that they are the BEST at storytelling, but I hope they don't throw away the opportunity to make a sequel to their best game.

I hope Telltale see not just this post but the others that want to know about an upcoming Season 2.
As a bonus, which character you want to see from the other Borderlands games in Season 2?