Forumlands I: Back in Action 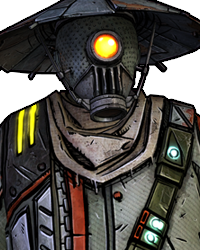 Pentinent_Thief
November 2016 edited October 2017 in Tales from the Borderlands

In this reboot of the original Forumlands, a troubled smoker with marital issues comes to the deadly planet of Pandora to relive his glory days. Unfortunately for him, his quest for action is hung to dry by the mysterious, obsessive “Ghost.” Now, stuck with a group of insane vault hunters, bandits, robots, and bounty hunters, he moves on to see just what’s in one of those vaults…

This is a story that is trying to emulate a Telltale game, but without the budget. Readers get to vote on decisions, submit their own characters, and influence the way the store goes in major ways. Wouldn't expect the writing of like, something good like a Cormac McCarthy novel or something like Lolita. I'm just some random asshole who likes Borderlands and got this passed down to him.

This interactive story features Mature Content, given its source material. Gore and violence, adult language dark themes, sexual content, and all that stuff will be commonplace. It will not hold back on the dark world that Pandora truly is, but will still explore the dark humor that comes out of it, of course.

EPISODE 4: THE GOOD, THE BAD, AND THE UGGO

EPISODE 5: SYMPATHY FOR THE DEVIL

EPISODE 10: AND THEN THERE WERE FEWER...