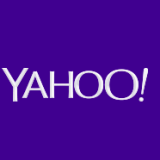 Nightmare9990
January 2017 in Guardians of the Galaxy

Be telltale, they notice everyone liked tales from the borderlands because of its characters, intros, humor, and choices mattering. Now instead of giving us a second season of tales, they go for the more popular title and are gona implement everything that made tales good into this. Now thats not exactly a bad thing, but why not just give us season 2 of tales a game that EVERYONE wants. But nope, instead they give us a title no one asked for just because telltale wants to attract more new fans instead of pleasing the fanbase they already have. These guys man...