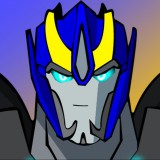 SonicGX98
February 2017 in Guardians of the Galaxy

As this thread implies, feel free to speculate or just say who you wish to voice certain characters in GOTG: The Telltale Series.

Here's my hopes for the main cast.

Will Freidle as Peter Quill/Star Lord: He's known for many roles such as Batman in Batman Beyond, Ron Stoppable in Kim Possible, Bumblebee in Transformers Prime and Transformers Robots in Disguise, as well as actually voicing Star Lord in the GOTG Animated Series!

Vanessa Marshall as Gamorra: Aside from voicing Gamorra in the GOTG Animated Series alongside Will Freidle, Vanessa Marshall also voiced Hera in Star Wars Rebels, and Dr. Strangelove in the Metal Gear Solid Series.

David Sobolov as Drax: Just like Will Friedle and Vanessa Marshall, David Sobolov also voiced Drax in the GOTG Animated Series alongside other roles such as Lt. Vasquez in Call of Duty 4: Modern Warfare, and Shockwave in Transformers Prime.

Gavin Hammon as Rocket: Imagine Rocket Raccoon with the voice of Kenny. Both characters frequently swear, and I believe after his performance in TWAU with the Tweedles, Gavin could totally pull off an Autrailian accent for Rocket.

And that's about it! What about you guys?