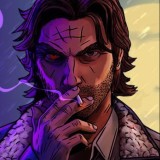 This is basically a far cry, but a post had gone around recently on tumblr expressing why Sam & Max isn't more popular, and its growing in notes (At almost 2 thousand now). Plus the recent twitter post Telltale made involving Sam & Max has created a spark of interest as well. Its the 30th anniversary and Telltale really should do something even just an announcement that they still care about them.