After seeing the new movie I have some different views on this game (Gotg vol.2 spoilers) 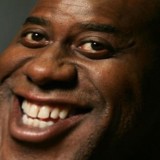 So I just came back from seeing guardians of the galaxy vol 2 (which was amazing) and after seeing some stuff revealed I have different opinions and some choices I want to change. SPOILERS FOR THE BOTH MOVIES AHEAD:

First off I now find youndu more trustable in the movie he actually was ordered by peters father to pick him up and return him to earth but he didn't because he was trying to protect Peter because if you saw the movie Peters father was evil and I'm glad I made the choice to go with him in the game (even though the same thing happens no matter what.)

I all the sudden feel like I should kill to revive peters mother. In the movie it's revealed since Peters Dad isn't exactly human and has weird powers he's the one who gave Peters mother cancer idk why but that just makes me want to revive her because she did not die naturally

One more thing that doesn't really change my point of view but just something in the game when you make the choice for Gormora to tell Nebula you killed Thanos Nebula gets really upset but by the end of the movie she is crazy about killing Thonos.

For those of you who saw the movie what did you think? Did any plot points change your mind about somethings in the game.