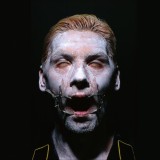 Campo Santo have posted a blog post on their website called "Tales from the Borderlands: The Oral History" where they talk about the creation of Tales form the Borderlands, it seems a pretty long read and i haven't read it all yet at the time i am posting this but i thought i would share it as what i have read so far seems pretty interesting.