The choice to reveal your identity 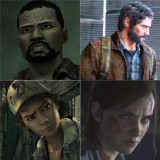 This is something that I thought of after the conversation with Alfred regarding Tiffany. He suggested that it may be best to tell her the whole truth. And if you reveal to Gordon that Lucius worked for Batman, Alfred will also mention how he's too close for comfort. John Doe even asks to pinky swear with you, to not keep secrets from each other. He probably doesn't suspect anything, but still...

What if it really came down to it and you had the choice of who to reveal Bruce's secret to between Tiffany, Gordon, and even John Doe? Would you really be willing to take that risk? Would you trust them to be discreet and not expose Bruce?