GOTG: What do you guys want Telltale to make season 2 more improved now that season 1 is completed? 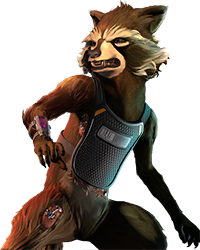 SolidNemesisX97
November 2017 edited April 2018 in Guardians of the Galaxy

So Now that we have seen the end of episode 5 post-credits of a possible tease of season 2 what do you guys want Telltale to improve on when they begin making season 2 (maybe) for an example Better story telling, Good exploration, Testing episodes for glitches and bugs,, and many more.