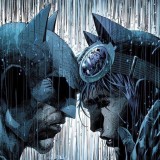 So, as the title reads... who will go down in Episode 4 of Batman the enemy within? Who will die? Will anybody die? Will we get to pick who goes to jail first like in first season with Oswald or Harvey?

My prediction is that we get to pick a fight between Freeze or Bane, and one of them goes out in this episode (My guess is jail and not death for either of them)

What do you think?