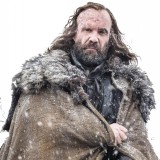 So I more or less gather this on Ivor going to find remaining members of the order of the bloody stone. Maybe it's unlikely, but it would make good sense.
So, an Ivor DLC could be made because
1. It has a lot of potential of being great, as well as seeing what the Order of the Stone is up to.
2. How many episodes was last MCSM DLC? 3 episodes. How many members of the order of the stone are left (excluding Ivor)? 3 members. One episode to find each member could result in some great material.
3. It's Ivor, who doesn't love Ivor? He's a fan-favourite, especially with the crowd that's a little older.

This is my thoughts, and I think it could result in something