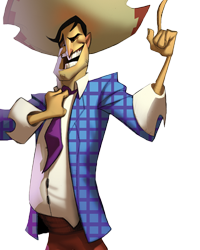 Please don't post spoilers from any leaked The Council episodes.

Discuss The Council in this thread!

The Council is an episodic game like no other. Delivering a fresh new take on the Narrative Adventure, your choices and character growth truly matter. Make hard-hitting decisions, but also develop an array of skills to directly impact how the story unfolds. With permanent, long-lasting consequences, there is no going back. Plunge into a tale of intrigue and manipulation in the style of a classic murder mystery, living with a cast of alluring characters each hiding their own dark secrets. Trust no one while uncovering dire truths – no matter the cost to mind and body.