The choice in Episode 5 regarding Tiffany 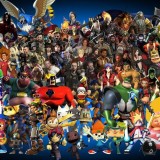 So this a question that i've asked in a previous thread, if whether or not it was right to arrest Tiffany for murdering Riddler or take her in as a sidekick. From most of the opinions I've seen I agree that Tiffany should get another chance and the sidekick route is definitely a valid decision.However it bothers me that if you try to arrest her she resists arrest and escapes,now this is strange to me because she made it sound like she's trying to redeem herself and regrets it but is against the idea of facing justice for a crime she did commit.It makes her appear like a hypocrite in my eyes and even if you did take her in as a side kick it makes me feel as if she's not going to be totally committed to the idea of changing because she doesn't feel like what she did was wrong.Example and proof being that she won't be arrested by batman and would rather be a anti hero/villain. But I would really like to hear your guys thoughts on this and tell me how it makes sense for her to resist arrest.