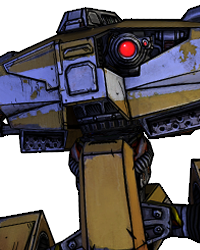 Craixite
September 2018 in The Walking Dead

I want to hear and discuss some of your unpopular opinions about the game,