Which group would last the longest? (Part 2 "Celebrity Guest")

Another round of which group do you think would survive the longest in the zombie apocolypse before they are killed or collapse internally.

If 3 members die, the group is considered finished. Which group do you think would last the longest with at least 3 or more members still alive and coexisting? Which is the strongest and most poised group in the circumstances presented? 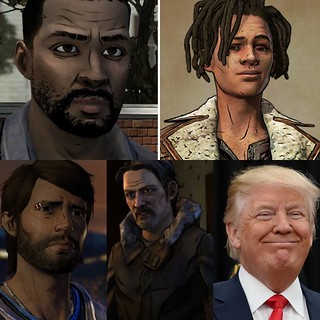 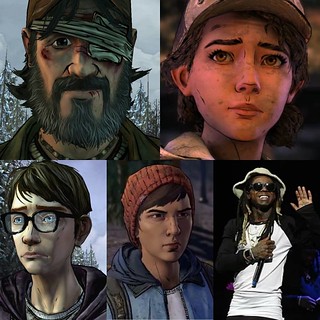 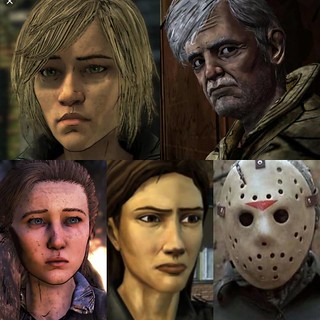 1st group we have a lot of leaders. With extremely conflicting personal values. Individually they all seem at face value to be leadership orientated and alpha but of course comes the elephant in the room that we have two minorities trying to survive with Donald Trump. And Carver sprinkled in the middle of it. Carver is tough and organized, Lee is a leader at heart, as is Javi. Trump is pretty old and would be shitty in combat but he might have ideas. And Louis is young and exuberant. But the odds of Carver just stomping Louis into the mud until he dies and then shooting Trump through the head is high. I think Lee is a fantastic anchor for unorganized disruptive conflicts but I think even he might be outmatched for this one. This is a tornado of conflicting people but all have potential to lead a group.

2nd group we have the swagelicious hip hop duo of Kenny and Lil Wayne and the funky bunch. The lil yolo Boat God Squad. While Lil Wayne is eccentric and most likely in good shape and capable of survival with both guns and blunt objects he just looks like someone who would be extremely conflicting with Kenny lol. Just seeing Kenny and Lil Wayne argue would be gold. Then you got Arvo. I think Kenny would lose his fucking mind between the two. And he'd most likely loathe gabe as well. 2 beta kids that Kenny would hate, a eccentric rapper to get on his Nerves and Clem. But Clem might be enough to keep him anchored.

3rd group seems like the obvious pick until you realize Lilly will end up getting her fucking head cut off in line two seconds for calling Jason a name or trying to tell him what to do. Jason would machette her in half like a piece of pork roast in front of everyone and then sit back down at the fire. But of course having Jason as an ally if you can win him over is extremely useful in this world. He's pretty close to immortal and extremely deadly. Some people have earned his effection.

Which group do you have your money on in surviving the longest?